LOS ANGELES, May 08 2017 Los Angeles, Janusz Jurek of Poland was awarded: Third Prize in Multimedia Competition for the Papilarnie Project.

IDA honorary juries examined over 1000 entries submitted by architects and designers of interiors, fashion, products, and graphics from 52 countries throughout the world. After final decisions had been made, the jury rewarded the best professional and emerging designers for their achievements in terms of design, creativity, usability and innovation. Judging was a rigorous process, with winners receiving publication of their work in the International Design Awards Book of Designs. The coveted IDA Trophy will be awarded to all Designer of the Year title winners at the official biennial International Design Awards Ceremony in Los Angeles.

The Janusz Jurek of Poland, was awarded: Third Prize prize in Multimedia competition for the Papilarnie project. 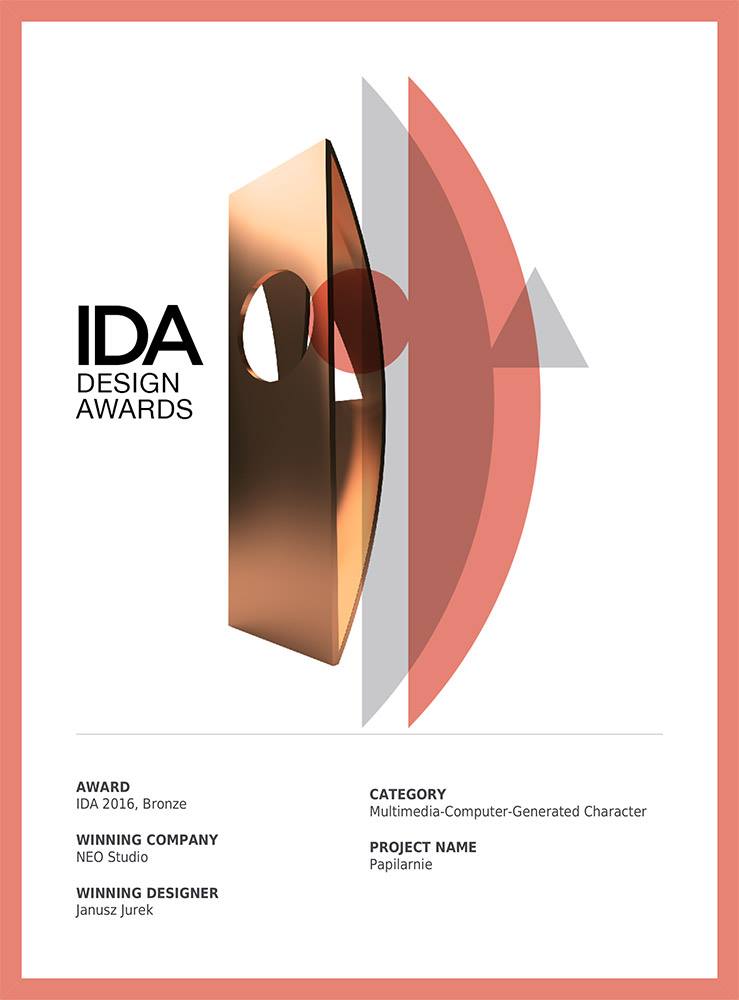 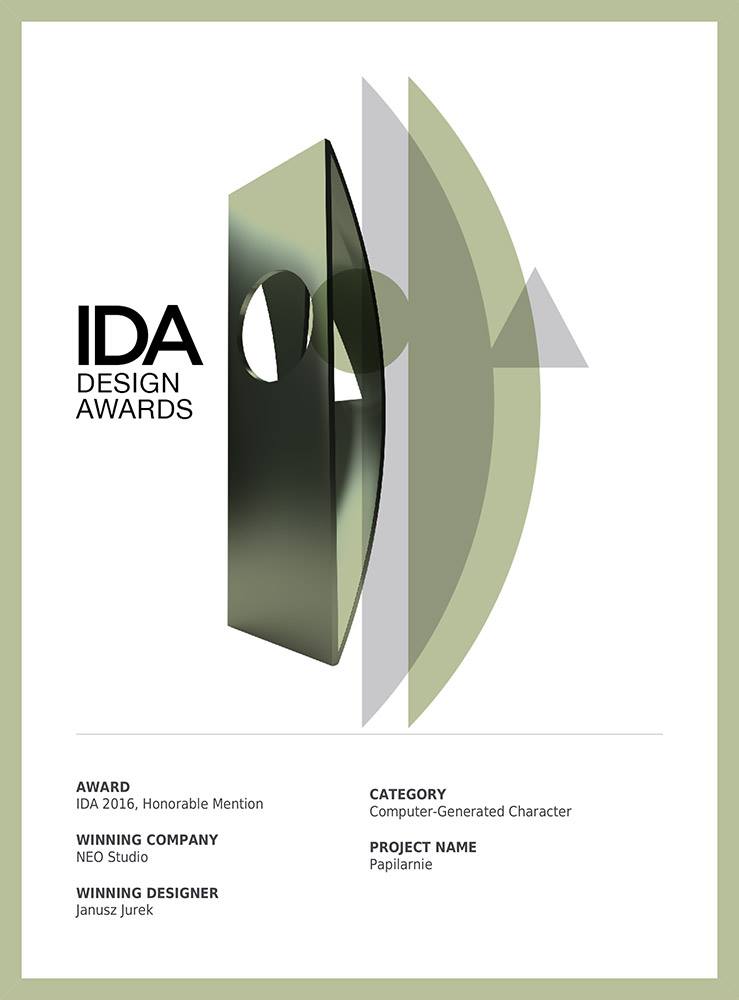